Our final event of 2020 took place on November 17th to coincide with LGBTQ+ STEM Day. As Exeter found itself in Lockdown 2.0 due to the COVID-19 pandemic, the event was held online via Zoom.

Rob spoke about barriers to inclusion in STEMM faced by invididuals with visual impairments and, through comparisons to super-chickens, how diversity of thought is an asset to scientific discovery. He gave a thoroughly engaging overview of the Tactile Collider model which he has led the development of. The Tactile Collider model focuses on engaging visually impaired audiences in particle physics research and increasing the science capital of visually impaired audiences more generally. A recording of Rob's talk is available to watch below.

Nat talked about her experiences of being a Bisexual scientist. She took us on a frank and honest tour through her scientific career to date, highlighting the stumbling blocks and challenges she has faced and had to overcome or otherwise deal with. In particular, Nat highlighted how "coming out" is not always the singular event it is portrayed to be and how views around "tick-box" exercises when it comes to diversity can be damaging to the individuals concerned. Nat was also keen to show us that it isn't all doom and gloom. She highlighted how grassroutes organisations like TIGER in STEMM are challenging the status quo and pushing for change. She took us through some frankly awful statistics on grant funding from UKRI and STFC, in particular, which highlighted the inequalities faced by different demographics. A recording of Nat's talk is available to watch below.

Please note that audience questions and comments have been removed from the recordings of both talks to protect the anonymity of attendees. 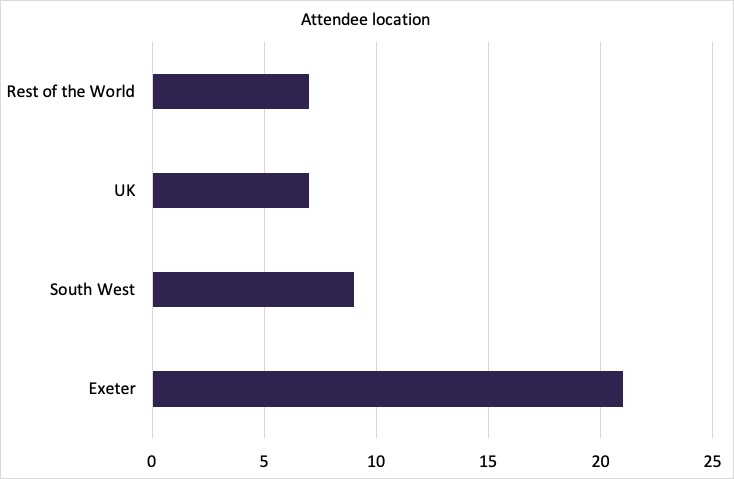 Of the people attending the event, just over half (52 per cent) joined from outside the Exeter area. Seven attendees joined from locations outside of the UK, including the USA, Netherlands, and Oman. 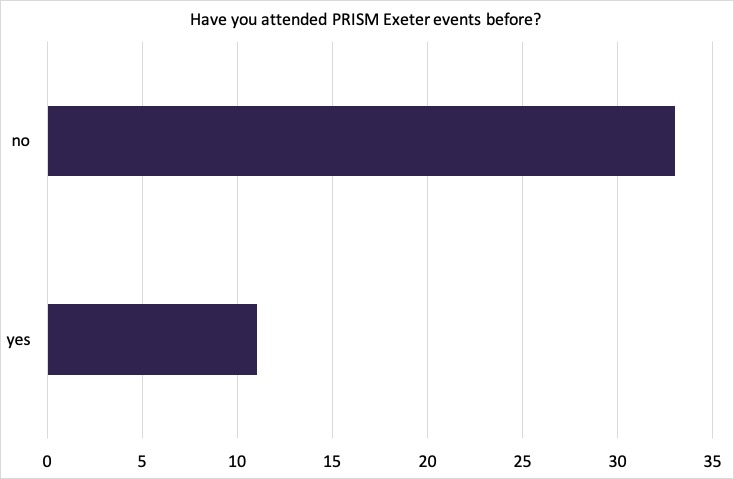 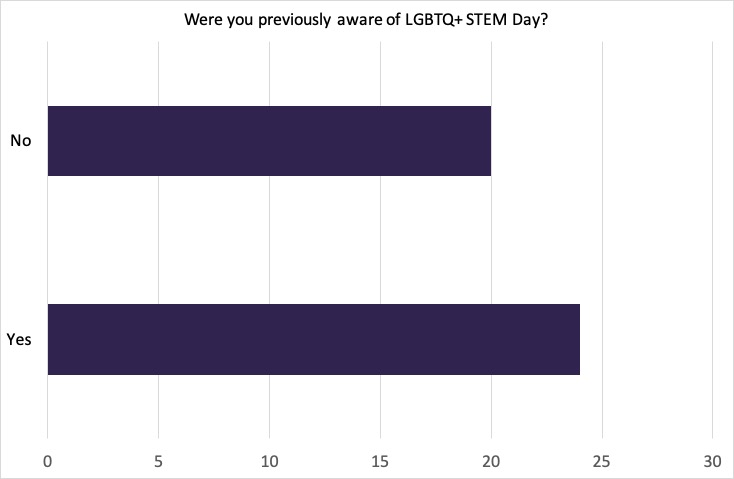 With such a large fraction of attendees joining us from outside Exeter, it is unsurprising that we enjoyed a large number of individuals who were attending one of our events for the first time. Attendees reported finding out about the event via "work emails", "Twitter" and "word of mouth" and we are grateful to everyone who helped us to promote this event. We have also seen our newsletter subscribers double since we started advertising this event in September so we hope these attendees will return to join us again for events in the future.

It was great to also see that nearly half of our attendees were learning of LGBTQ+ STEM Day through our event. This day celebrates LGBTQ+ individuals in STEMM and aims to foster discussions around how to ensure LGBTQ+ are fully included within STEMM subjects and fields. We are delighted see awareness of the day grow year after year. 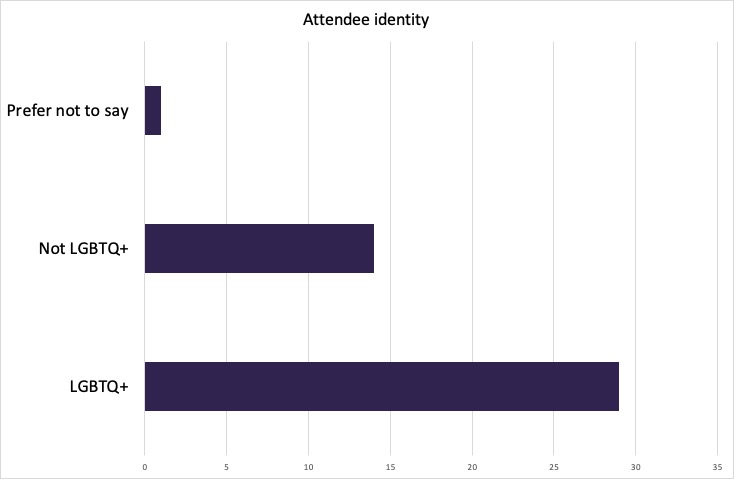 Through our Speakers series, we aim to highlight that the people working in STEMM are as diverse as the work that they do. We feel it is important to have open conversations about being LGBTQ+ in STEMM and hope to help inspire future generations to take up STEMM subjects. It is important to us that our events continue to attract both LGBTQ+ individuals and allies alike. When asked about their identity, nearly two thirds of attendees of this event reported being LGBTQ+.

We are grateful to funds from the Biochemical Society - all our events and activities in 2020 were organised using Diversity in Science grant funds awarded to our "Taking pride in STEMM" project - as well as support from the University of Exeter, the Met Office, LGBTQ+ STEM, Pride in STEM, and the Institute of Physics South West branch.