For Exeter Pride 2019, we further increased the Science, Technology, Engineering, Mathematics and Medicine (STEMM) sector presence from 2018 with the help of the South West branch of the Institute of Physics, Tech Exeter and ExIST, the Chamber of Commerce's Initiative for Science and Technology. 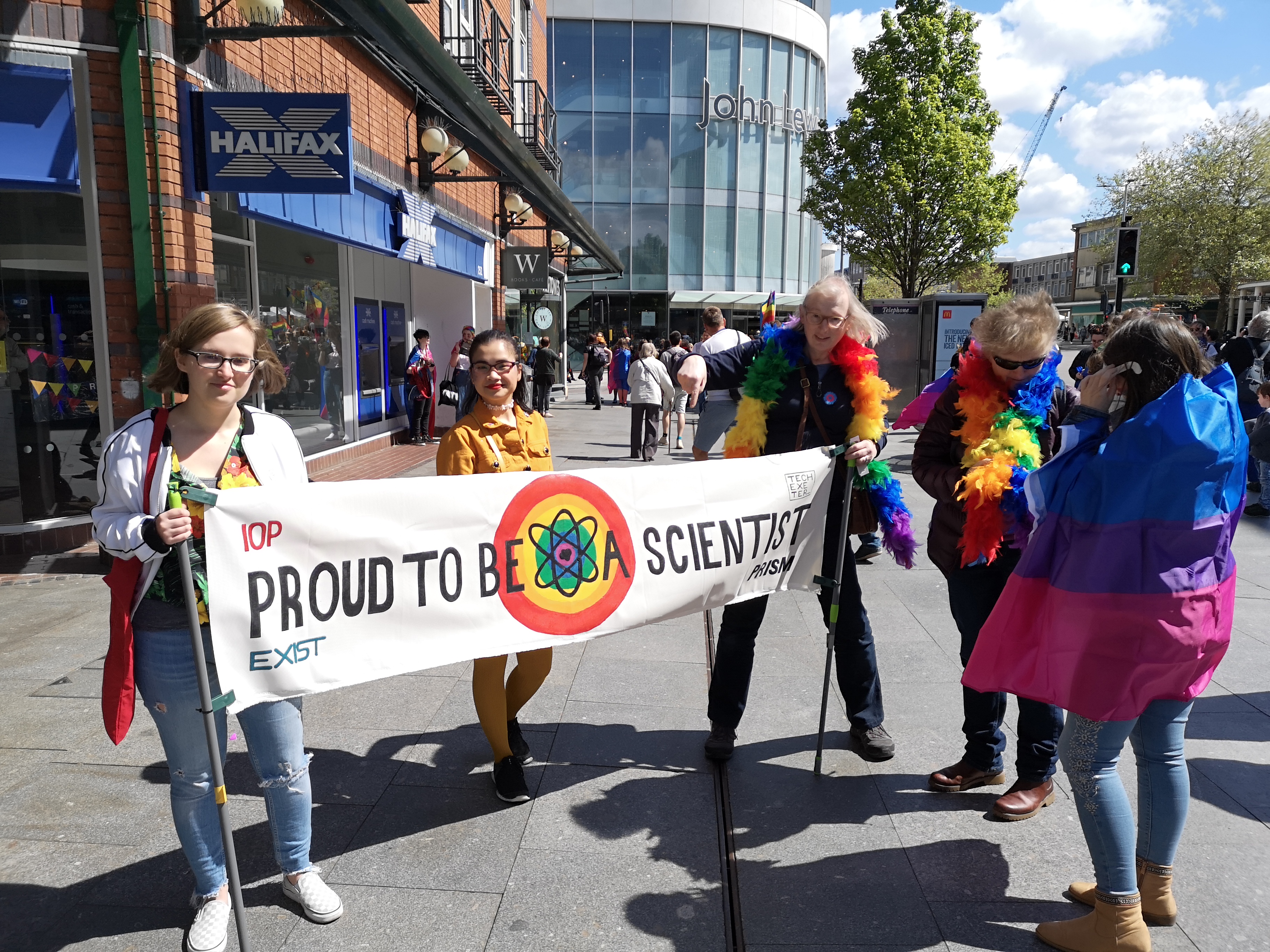 In the parade, LGBTQ+ professionals and students from Exeter's STEMM sector marched under a 'Proud to be Scientists' banner created by volunteers from PRISM Exeter, Tech Exeter, ExIST, the Institute of Physics South West branch and the University of Exeter Impact Lab. Visitors who lined the path of the parade were treated to a bit of science busking as local STEMM professionals discussed the spectra of light, gender and sexuality using diffraction glasses. Some were also invited to take a look at the Sun through eclipse glasses. In total, 1000 pairs of diffraction glasses were distributed to viewers of the parade.

We organised for three STEMM-related stalls to be present in the Family and Health Zone of Exeter Pride. This is an area aimed at the families of LGBTQ+ individuals and their allies, with bouncy castles and face painting. It is also situated in an area between the main stage in Northernhay Gardens and Exeter Library (which hosts talks and workshops throughout the day). It is a very busy thoroughfare! 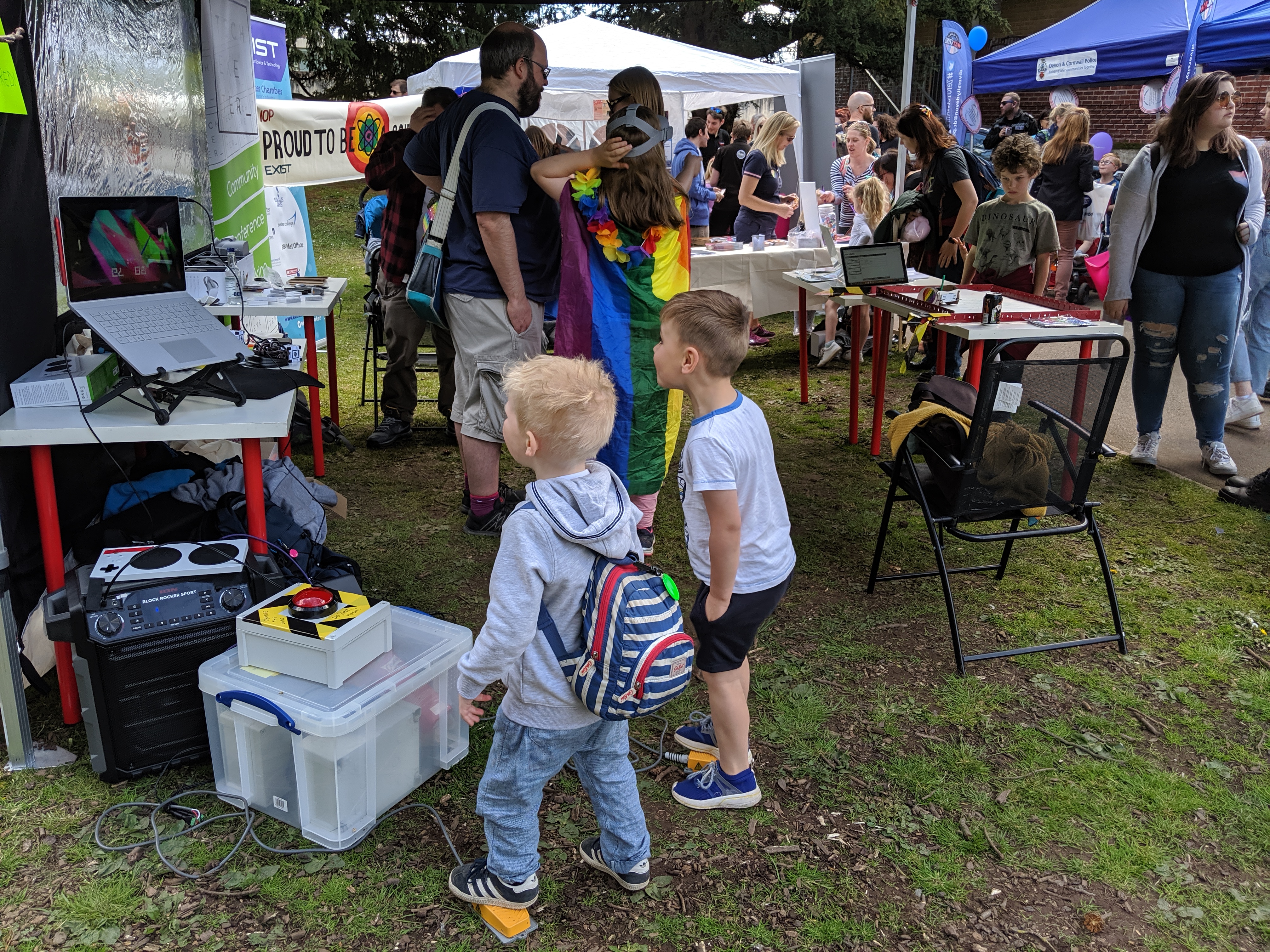 The Tech Exeter stall showcased cutting-edge tech from robotics to VR headsets and immersive gaming demonstrations from the GAME>PLAY festival. The exhibits were enjoyed by all visitors: young and old.

The Chair of ExIST, Clodagh Murphy, ran a small stall highlighting ExIST's commitment to diversity and inclusion. Copies of the various editions of ExIST's Insight magazine were available for stall visitors to read and take away with them. This included Issue 10 in which ExIST interviewed PRISM Exeter founder Dr Claire Davies about the need for greater LGBTQ+ inclusion. 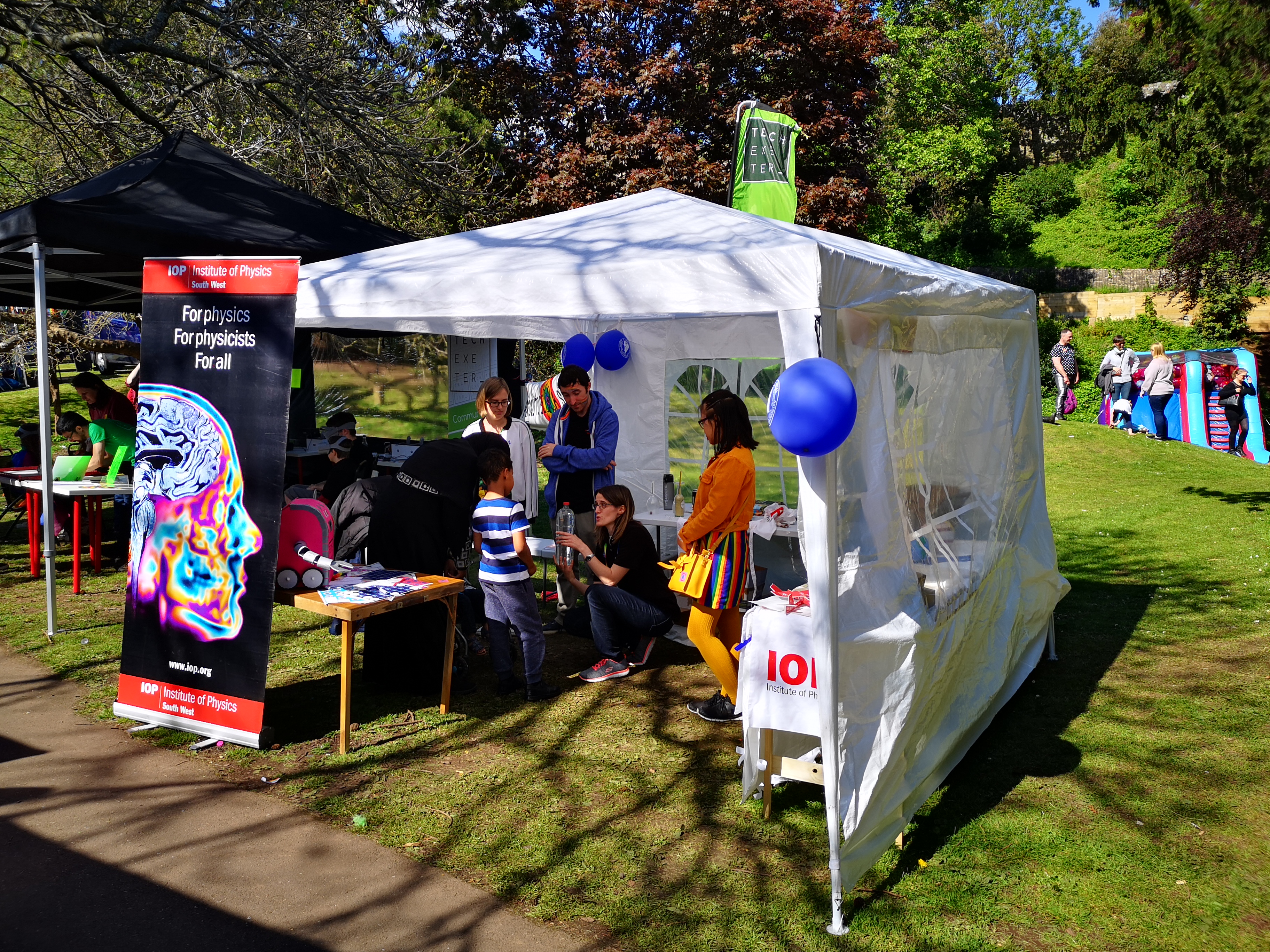 The Institute of Physics stall featured Marvin and Milo experiments - which are designed to demonstrate physics using everyday household objects - and outreach kit from the Astrophysics Group at the University of Exeter. Stall visitors could go from talking about the bi-polarity of fridge magnets to seeing how the spots on the Sun reveal how the solar magnetic field evolves. 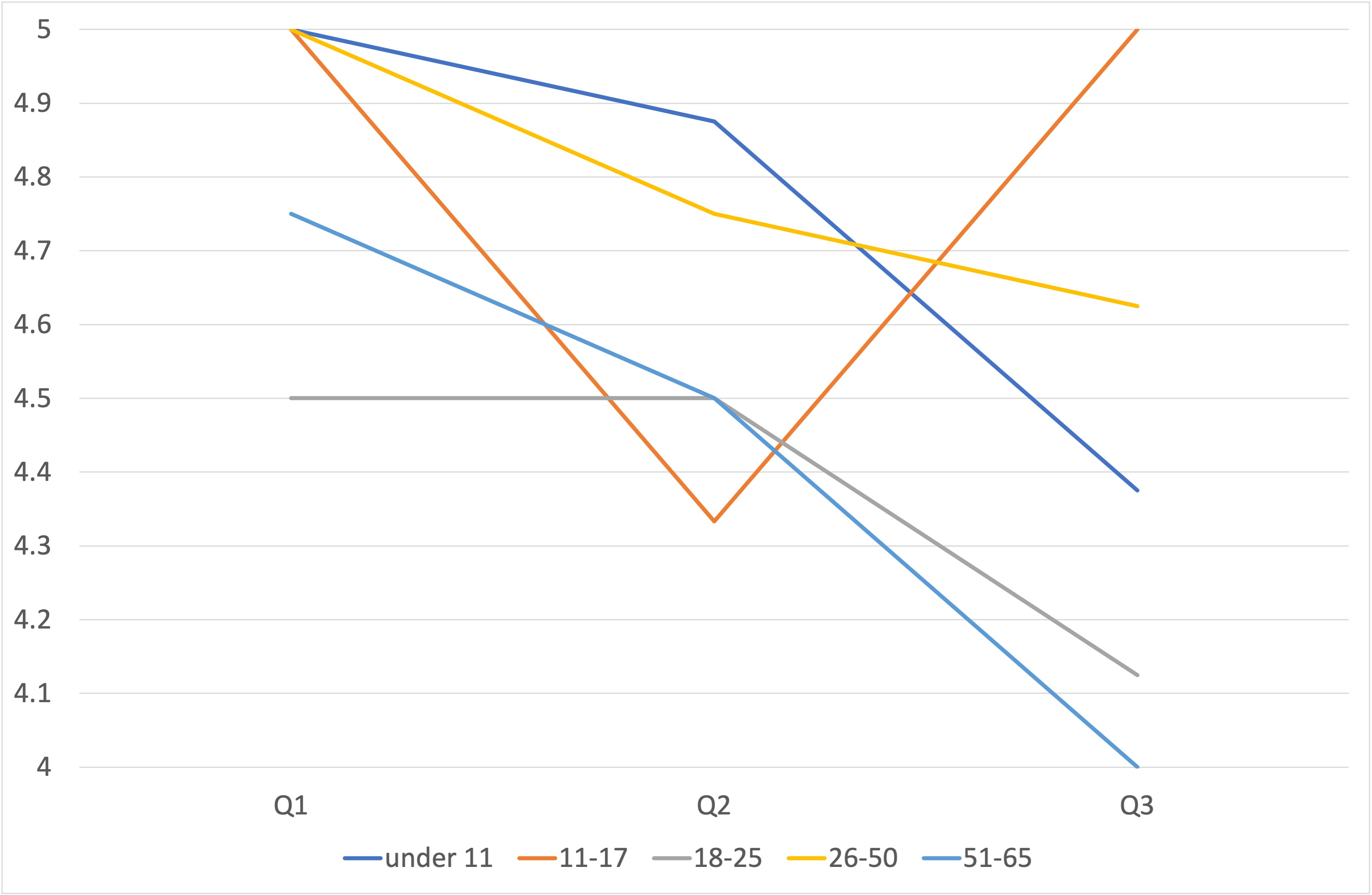 While the responses to all questions were overall positive, on average, respondents were less likely to score the third question (assessing their feeling towards Physics or the Physics community) as highly as the previous two. Though we caveat the following with an acknowledgement that we're dealing with small number statistics, this trend is noticeable across most age groups (there were only 3 respondents who ticked the 11-18 category)... 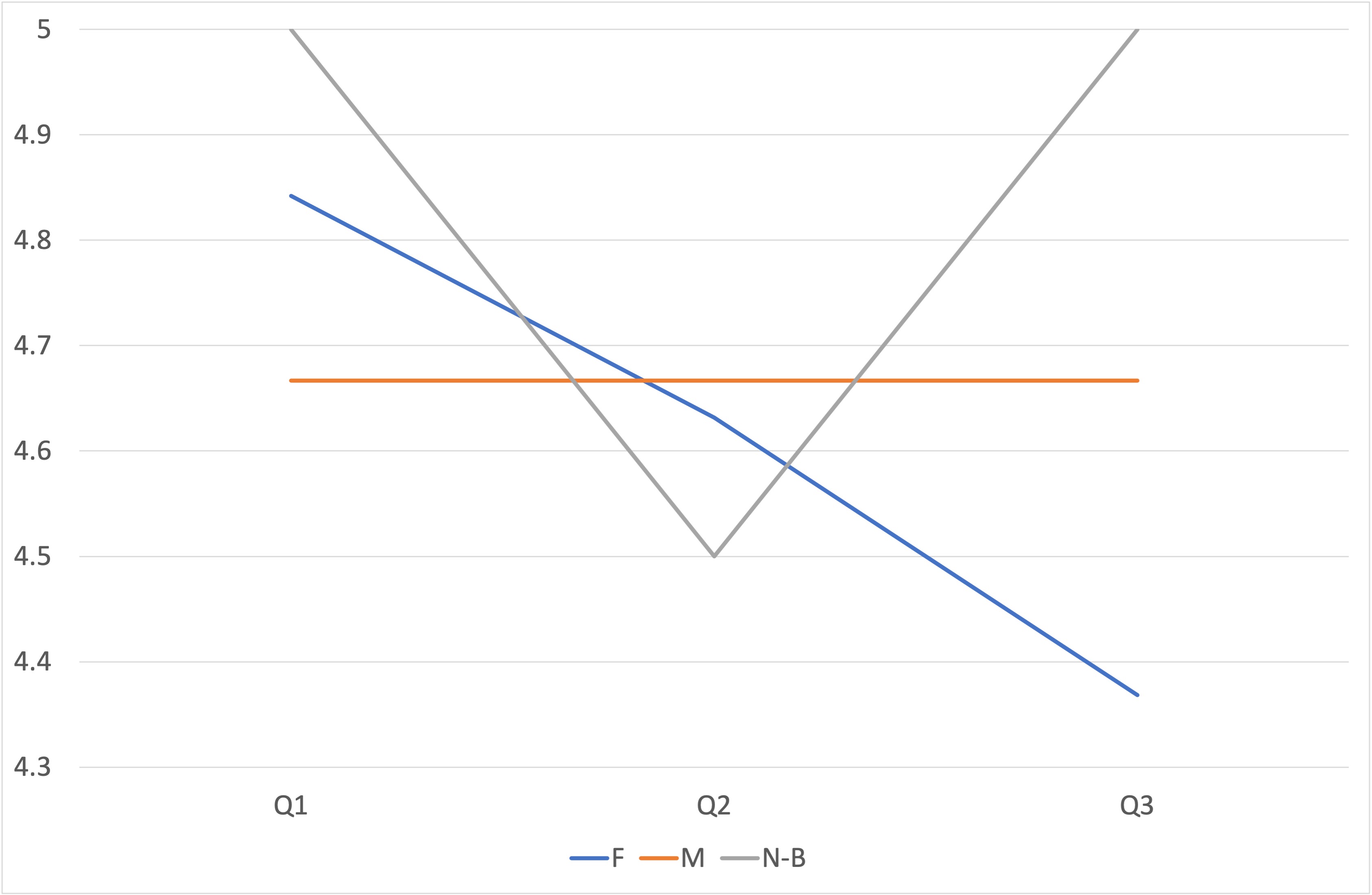 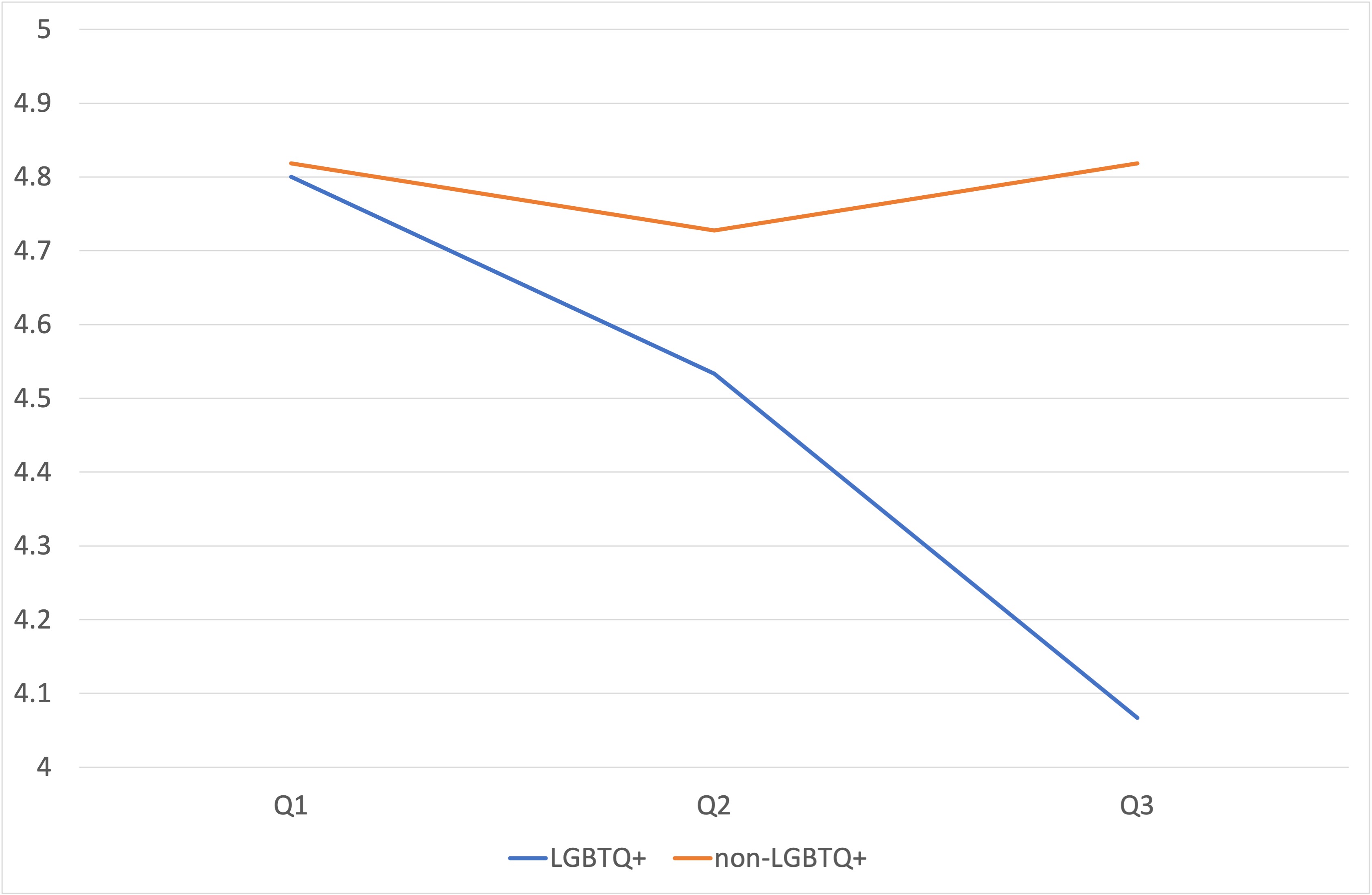 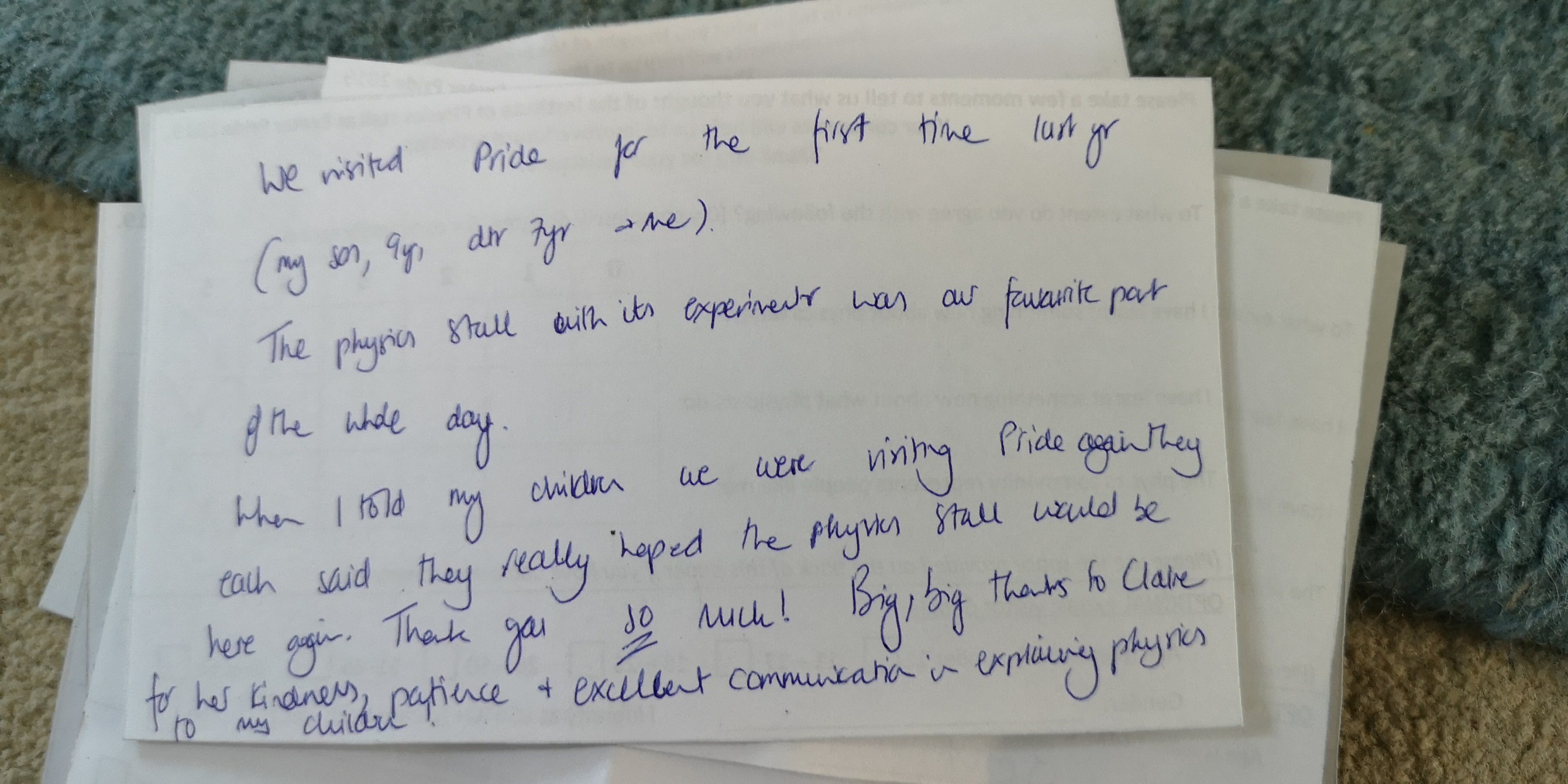 We also received a lovely note from one family who had returned to Pride hoping to re-visit the Institute of Physics stall for the second year running: "We visited Pride for the first time last year (my son, 9 yrs, daughter 7yrs, and me). The physics stall with its experiments was our favourite part of the whole day. When I told my children we were visiting Pride again they each said they really hoped the physics stall would be here again. Thank you so much! Big, big thanks to Dr Claire Davies [sic] for her kindness, patience and excellent communication in explaining physics to my children."