Exeter Pride 2018 is where it all began for PRISM Exeter. Our founder, Dr Claire L Davies arranged for the South West branch of the Institute of Physics to have a stall in the Family and Health Zone of Exeter Pride. This area is situated away from the main stage and food and drink vendors so provides a quieter environment conducive to public engagement and discussion. The stall was situated along one of the main thoroughfares between the main stage, Exeter Library (which hosts talks and discussions throughout the day) and the city centre.

The stall featured Marvin and Milo experiments - which are designed to demonstrate physics using everyday household objects - and outreach kit from the Astrophysics Group at the University of Exeter. In an effort to assess footfall, we gave out "Proud to be a Scientist" stickers to stall visitors. We estimate between 200 and 300 people visited the stall in the 4 hours the Family and Health Zone was open for.

Stall visitors were asked to fill out a feedback survey which assessed the extent to which they agreed with the following statements: 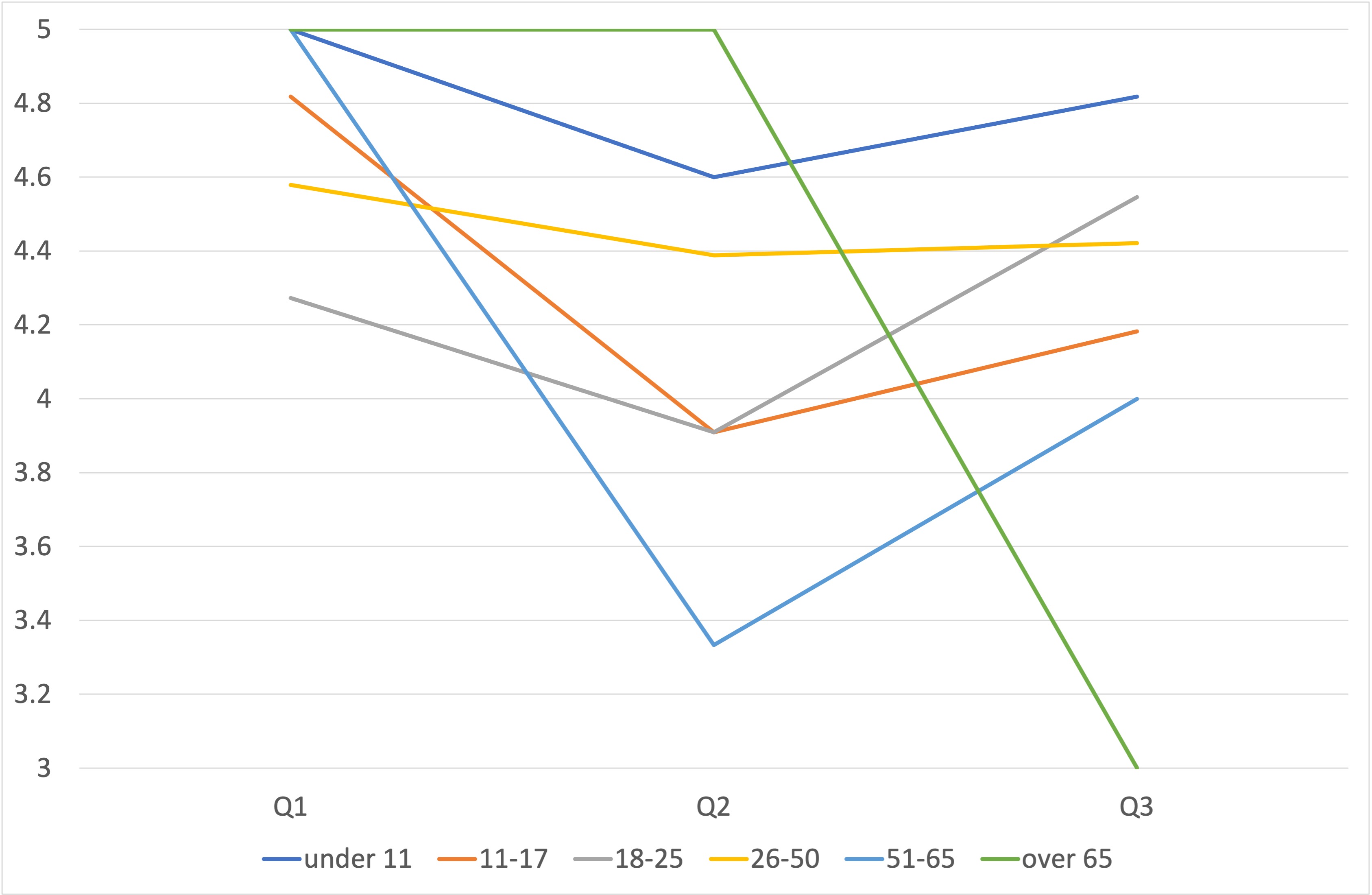 The responses to all three questions were positive, on average, with only a handful of people scoring us below '4' on any given question. The plots below show the average score on each of three questions, broken down by age group, self-described gender, and whether the respondent identified as LGBTQ+. A more detailed analysis of the responses is not advisable as the size of some samples are very small. Only one respondent described themselves as "Agender", only 3 described themselves as "Non-binary" and only 4 were over the age of 50. One could maybe deduce that the 18-25 age group benefitted the least from our stall's presence but had a stronger sense of belonging within the Physics community than the 11-17 age group. 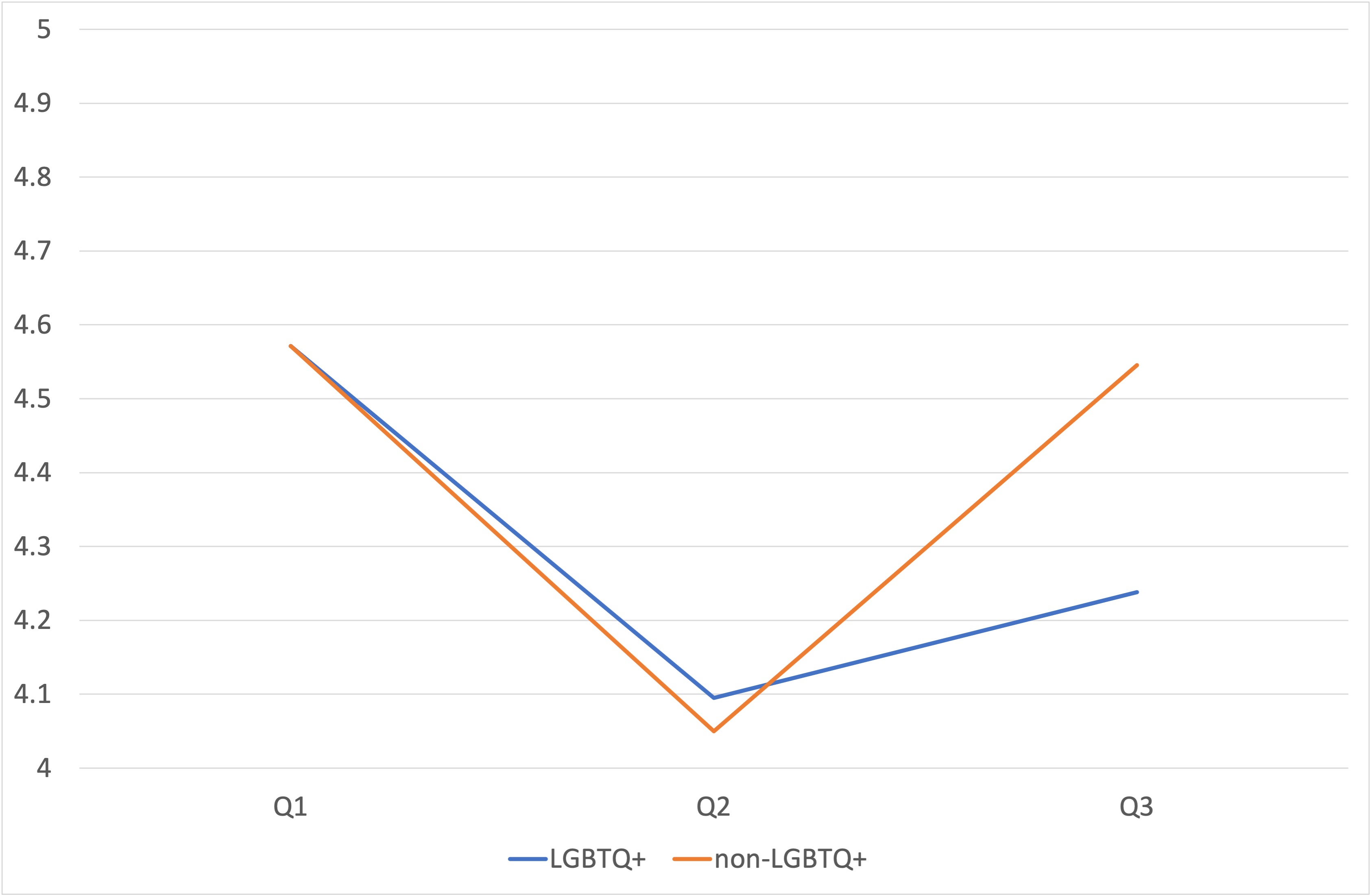 There were equal numbers of respondents who did and did not identify as LGBTQ+ (21). There is perhaps an indication of a lower sense of belonging among the LGBTQ+ respondents.